You are cordially invited to the biggest headbanger's ball of the season! On Sunday 27th November 2022, Danforth Music Hall Theatre, Toronto will be the designated space for the convergence of hell-bent heavy rock fans from all over Ontario. Catch rock metal godhead Bad Omens, Dayseeker & Make Them Suffer as they unleash their powerhouse hits live onstage, a potent nucleus of songs enough to summon armageddon. This is not for the faint of heart, but definitely for the heart that beats to the pulsating beats and rhythms of rock and heavy metal. Save the date! Book your tickets now! 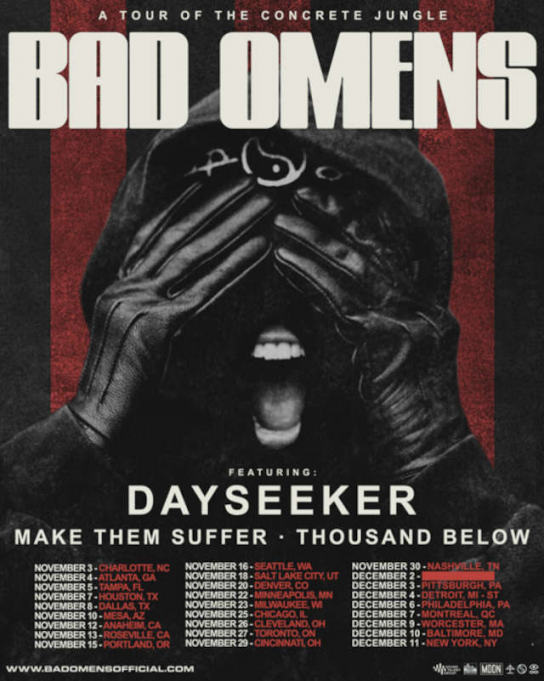